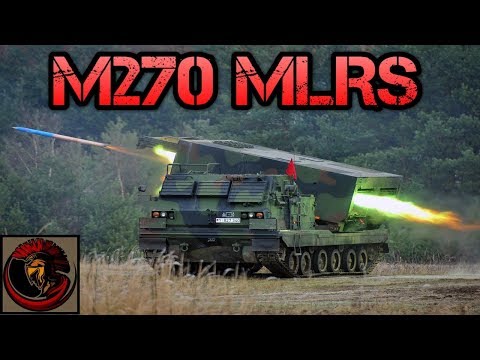 The U.S. Army awarded Lockheed Martin a $362 million contract to recapitalize 50 of the U.S. Army’s Multiple Launch Rocket System (MLRS) launchers. The M270A2 Launcher version will be an upgraded version of the M270 with improvements such as the installation of new Launcher Loader Modules (LLM), the installing of the Improved Armored Cab (IAC) and the installing of a Common Fire Control System (CFCS). The M270A2 Launcher quantities are not to exceed 385 units, according to the contract. The U.S. Army’s MLRS recapitalization effort will eventually upgrade its existing fleet of 225 MLRS M270A1 launchers, and 160 decommissioned M270A0’s slated for de-militarization, to M270A2s.

Please help me to 200,000 subscribers.
Please promotion and don't forget to subscribe to this channel.